On the Internet, I came across many horror stories about humans dressing their cats as if they were humans or worse, some kind of dolls. The trend seems to be to put so-called hats on the heads of furry friends, stuff like that: 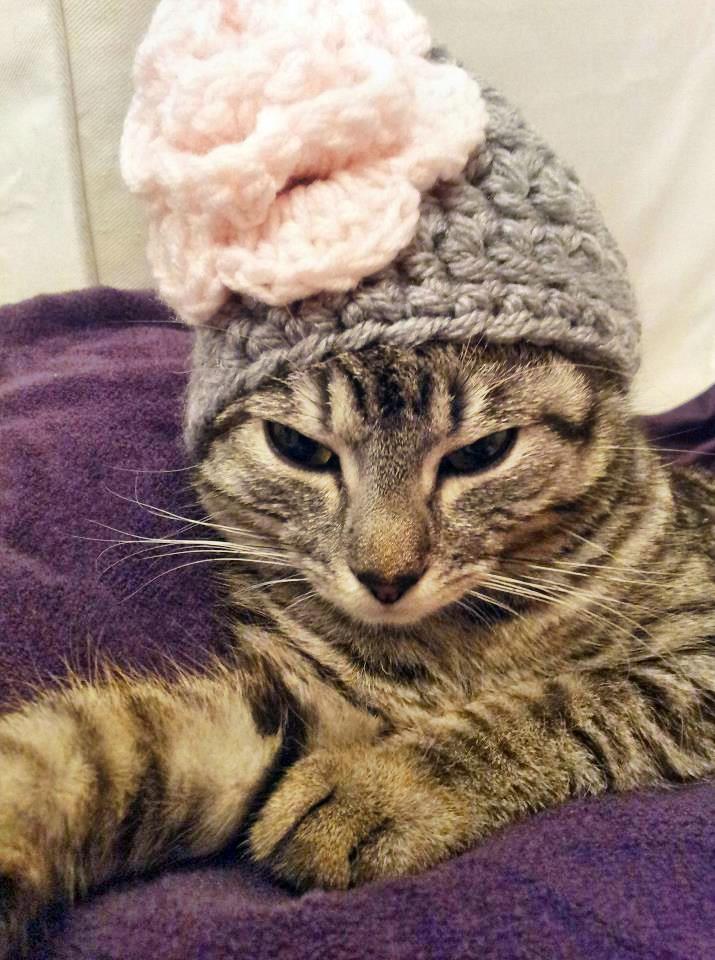 That’s enough! We are not dolls!

My human never tried that. She knows better and cares about her hands and arms! But I also know that she understand I am not her toy.
If my human ever tries to put a “hat” on me, that’s not her arm she is going to lose.

I have to ask the question: do you really think your furriend enjoys and feels comfortable wearing this? Or is it the human who really likes it and who wants some funny photo shoots?

Then I saw this. At first, I was happy for Iemon and thought he could be proud:

Meet Iemon (Ee-eh-mon), Japan’s first police cat, an abandoned stray who unofficially joined the force at the tender age of two weeks. He now spends much of his time atop the service counter at Yoro Station, adding a kinder, gentler, dare we say “human” touch to the local cop shop.

For the most part, Iemon’s function appears to be skewed more towards public relations than private detectives. He enjoys visits from children and looks reasonably impressive in his custom-made policeman’s uniform topped with a cap bearing a paw-print badge. Those with felonious intent should not take this feline lightly, though, as he hasn’t been de-clawed and has a low tolerance for jailbirds.

How do you want Iemon to be taken seriously while looking like that? 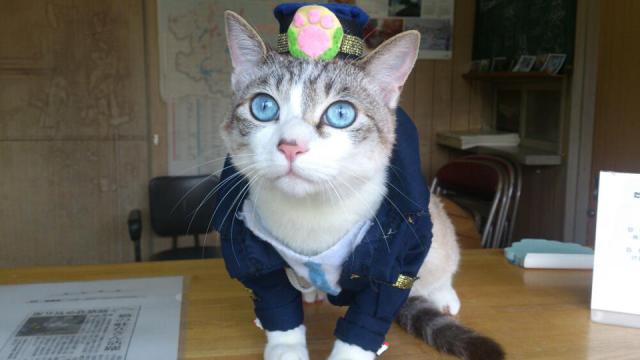 Hopefully the humans won’t come complaining that we bite and scratch after they do this to us. Next time maybe they’ll think before trying to dress us. We will get our revenge, anyway.

8 thoughts on “Cats are not dolls”