I had planned a Wordless Wednesday but it won’t happen because we are a little bit worried about Milou. 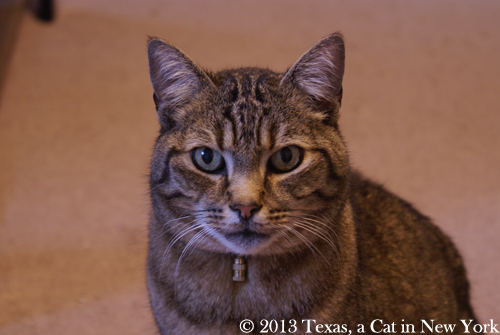 He has not been feeling too well lately. First he has lost a lot of weight and that’s just not Milou. So the humans took him to the vet on Friday and it turned out he has a urinary infection.

Another problem is that he has inflamed intestines. It might be the inflammatory bowel disease, or something else that we all hope it is not. A biopsy is necessary to know more.

In the past 24 hours, Milou has barely eaten but he drank a lot. It is very unlike Milou not to eat. So the humans were really worried. So he went back to the vet yesterday and the vet kept him in observation for the night.

We are quite worried and are purring for him. We cross our paws for better news soon. I will keep you updated.