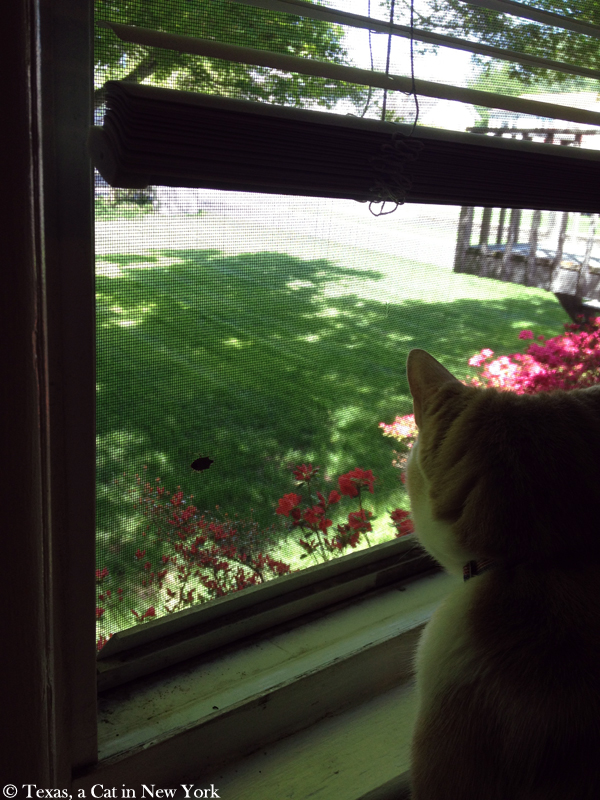 My human just left for BlogPaws this morning. I am a bit jealous because she is going to meet some of my furriends’ humans while I stay here with Kitshka, Milou, and the male human. But she’s also going to represent me so she will still be working for me while there. 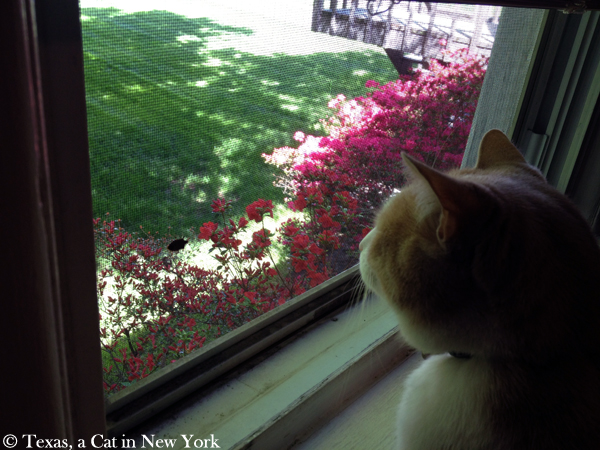 Yep. I noticed the bug.
Humans are strange you know, that’s what makes humanology so interesting.
See, for example, this bug: I wanted to catch it to offer it to my human as a gift when she comes back. But this required keeping it fresh in the fridge (you can get some serious tummy aches with bugs that are passed the catch-by date). The male human refused to keep it in the fridge. He said something to the effect that my human wouldn’t like my gift. As if he knew what my human wants. She’s my human, so I know what she wants!

So he’s staying with us, which is fine because he likes to play wrestle with me with his hand. He thinks he is stronger than I am. If I was a human, I would burst out laughing like they annoyingly do. This hand without claws against my claws and teeth? Please.

I only hope he will remember to feed us. Kitshka has never been left for several days by my human before, so she’s particularly worried.
As you might remember, Milou has a special diet so he cannot eat our food. So K’s and my food is on some piece of furniture he can’t reach.

Kitshka designed a plan to be sure we wouldn’t be missing meals in case the male human forgot.
See the 2 pieces of furniture on which our bowl is? With time, a little gap appeared between the two. 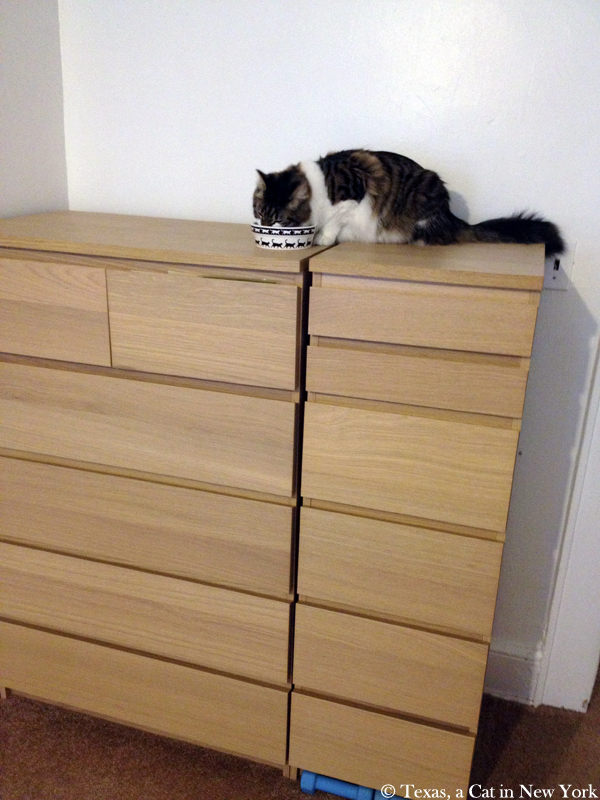 For the past 2 weeks, every time Kitshka was eating, she stored a couple kibbles in the gap. She’s my girl! 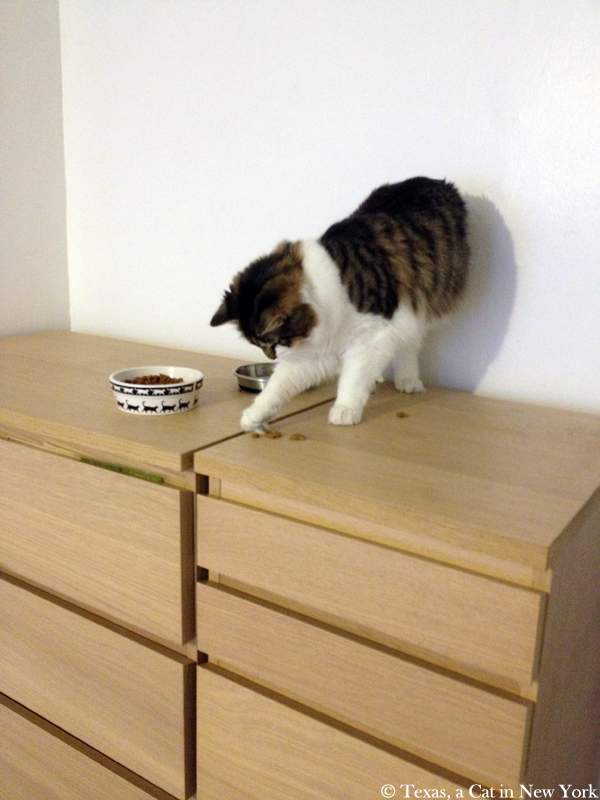 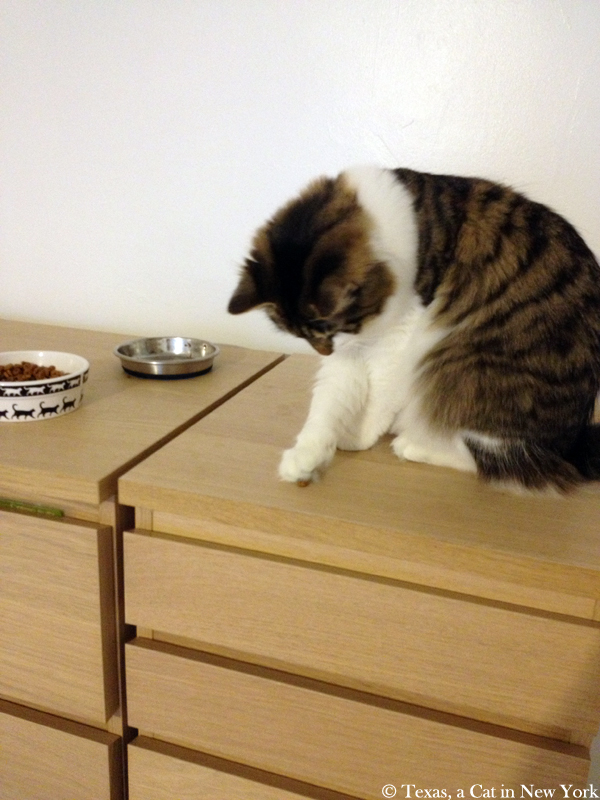 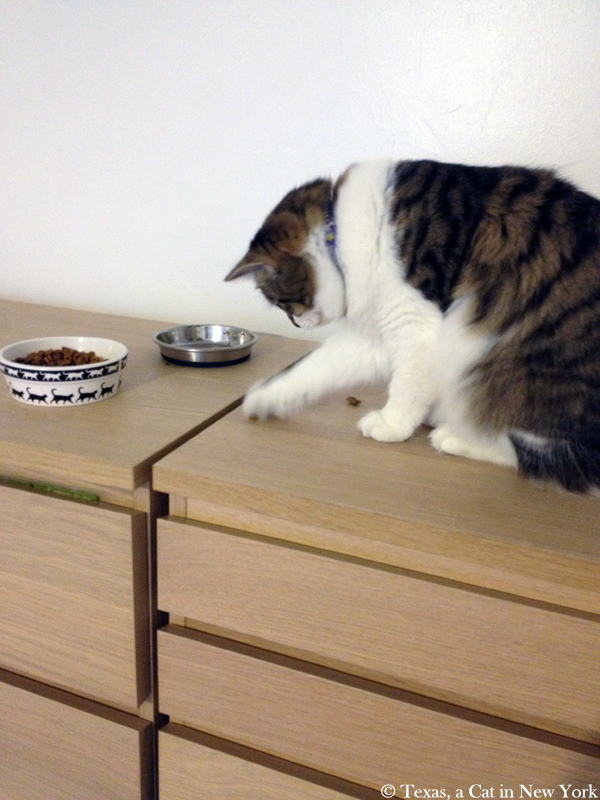 Unfortunately, Milou, with his appetite back, smelled the kibbles. 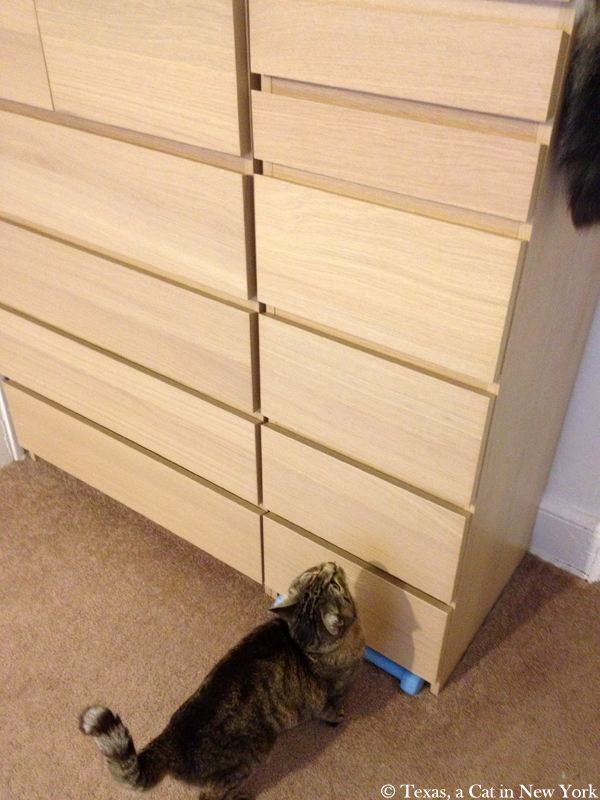 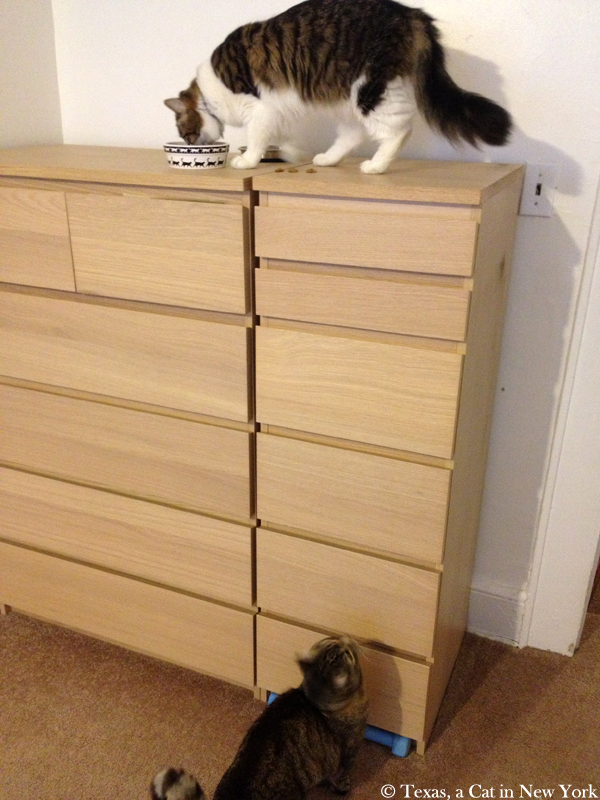 This morning, Kitshka tried to make him leave for fear he would wake up the humans. She threw a kibble at him. 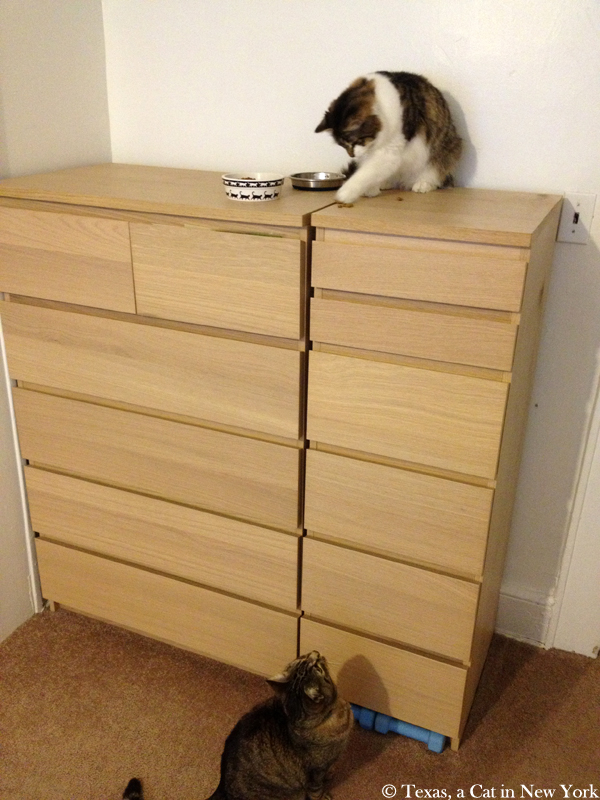 Unfortunately, my human was half awake and saw everything… including the stock of kibbles K had accumulated. 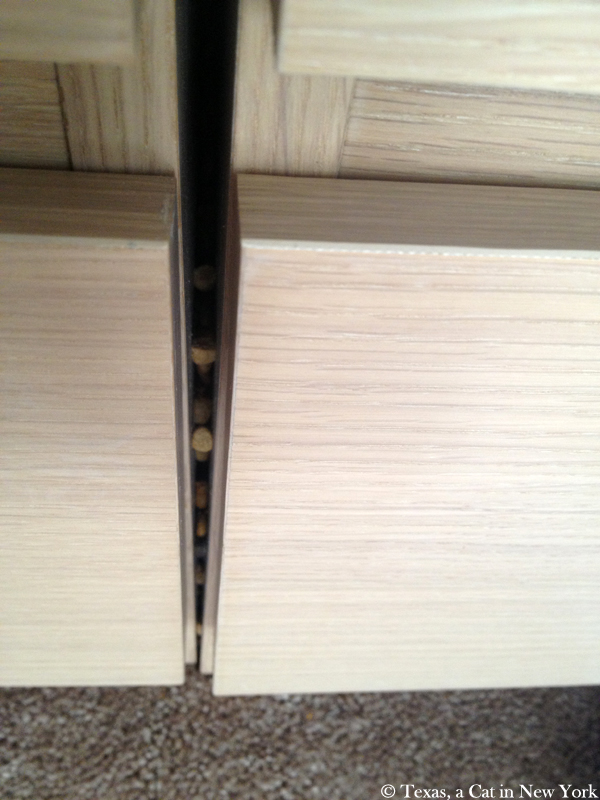 The humans moved the furniture to find this: 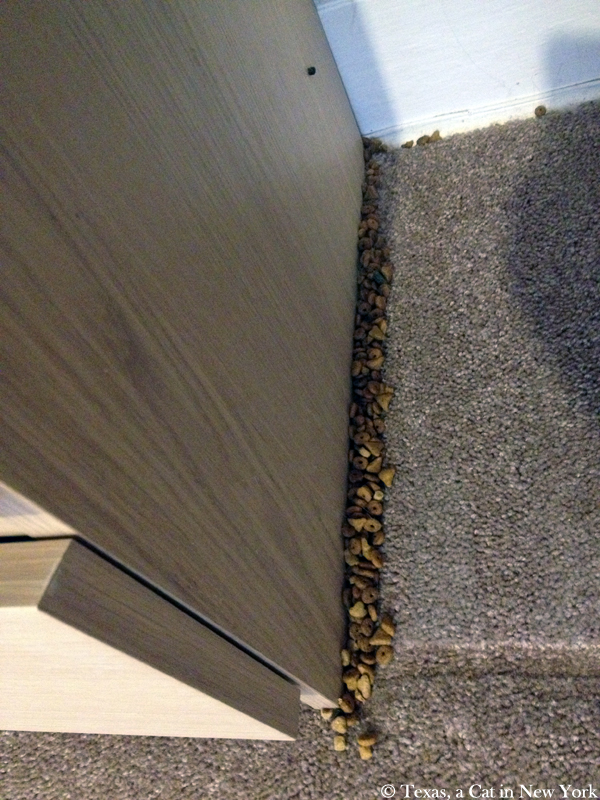 And they threw all this hard-saved kibbles away! A shame!

Hopefully, the male human will remember to feed us… To be continued.