Those who are furriend with me on Facebook (it is still time to add me!) may have seen that my human attended an event at Strand Books in the place called Manhattan, last Tuesday: a talk between Jackson Galaxy and Gwen Cooper. 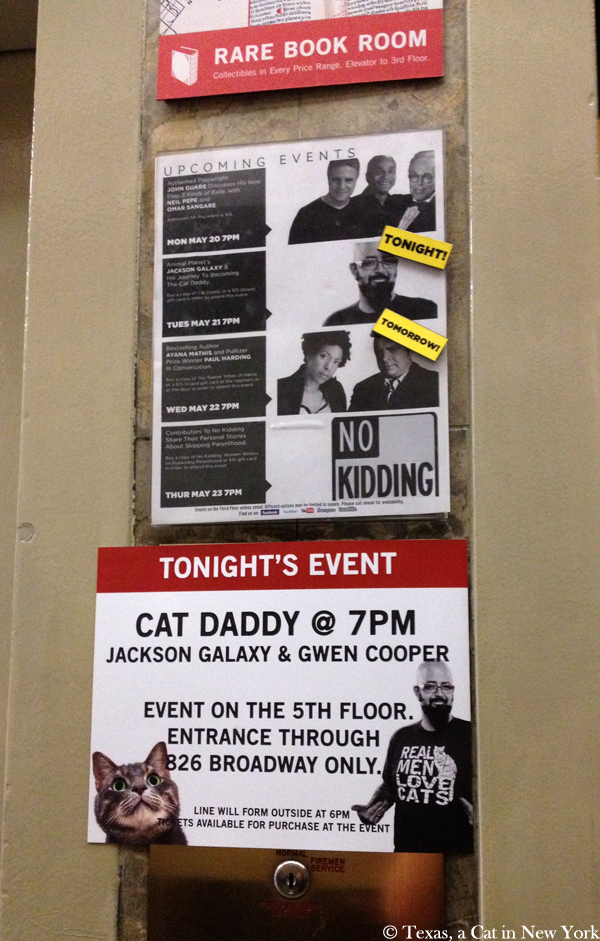 [For those wondering, the kitty on the left is NOT Gwen Cooper. I don’t know who the kitty is.]

So I wish I could have been there of course! But having my human go was the next best thing! She had Jackson Galaxy’s book signed to me and she took some pics and notes.

There was a large audience and not enough chairs for everyone. Also it was really hot this day. It was the day before we started having a lot of rain and cold temperatures again. 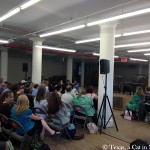 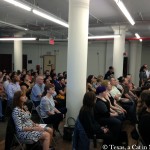 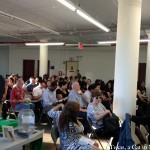 When Jackson Galaxy and Gwen Cooper arrived, they were welcomed with a big warm wave of applause!

They, of course, talked cats! Gwen Cooper was playing the interviewer and Jackson Galaxy was answering. What did they talked about?

Those are some of the points that were discussed. The audience could also ask questions, but general ones, no personal questions on everyone’s kitty. The entire discussion lasted about an hour.

My human said both Jackson Galaxy and Gwen Cooper seemed very nice as humans (apparently it is important to her too – if she says so!).

Here are some pictures of the both of them. At the end of the post are links to their books! 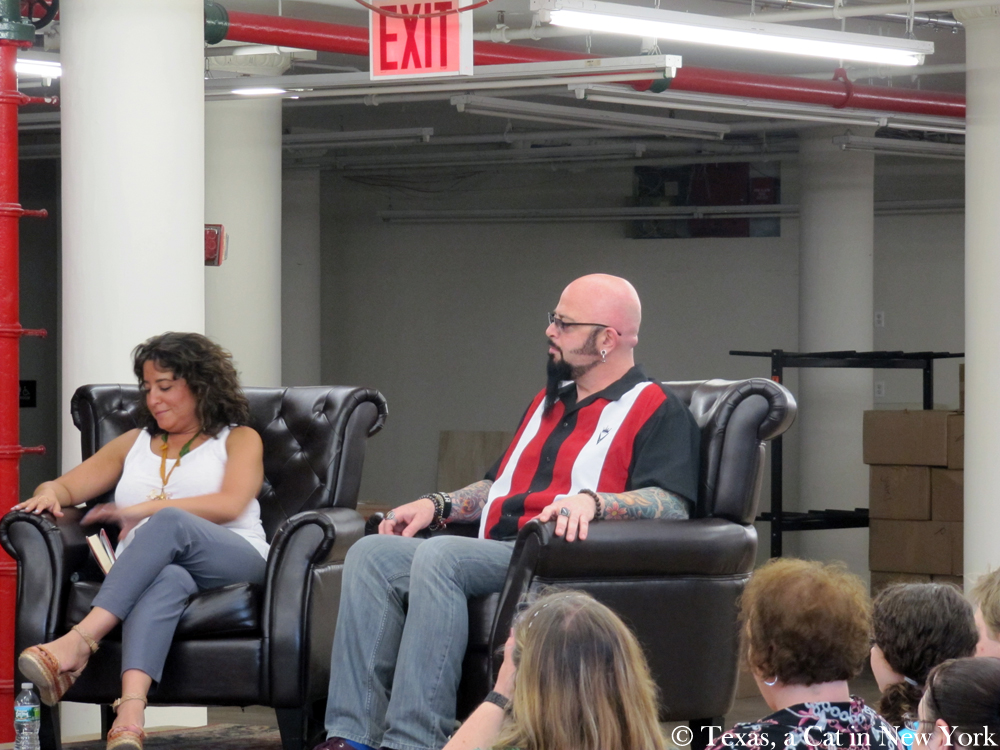 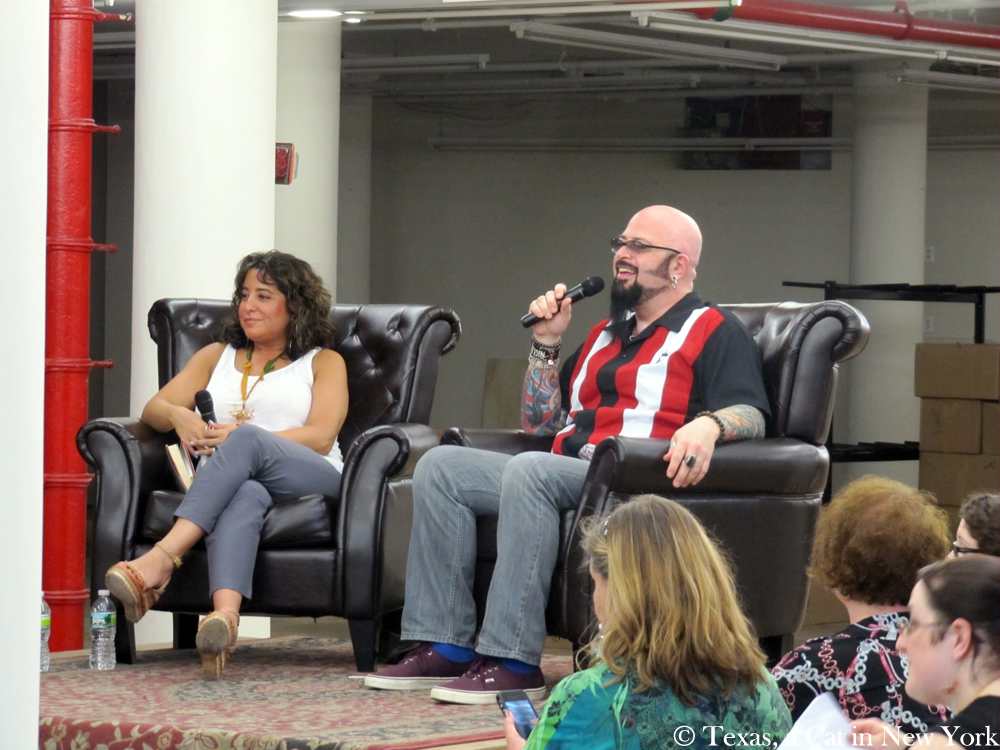 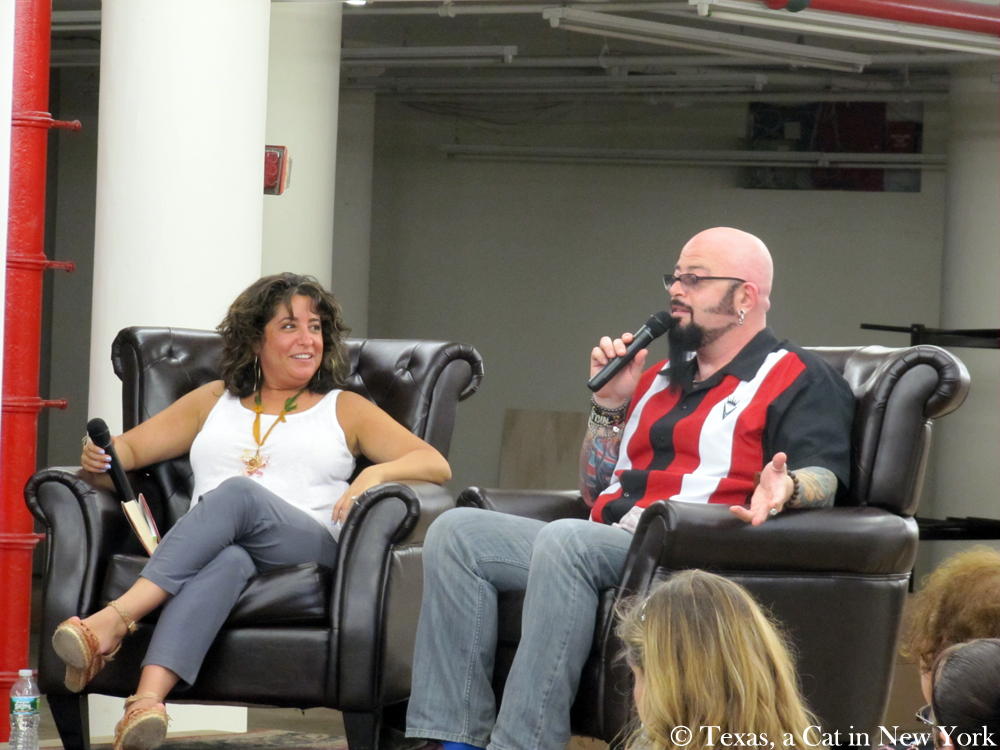 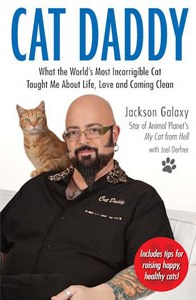 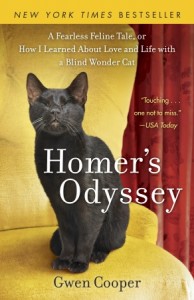 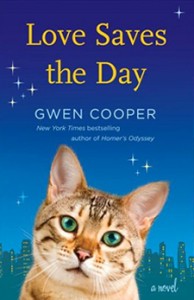