I thought I would feature Milou today and seize the occasion to give you some news about his health.

He is doing better – thank Cod! – even if there is always the occasional down day. He is even playing a little bit with Kitshka sometimes (although he is still hissing at me…)!

He has not gained back much of the weight he had lost though. The humans were particularly worried when he had stopped eating because Milou has always been a big, hungry kitty. Of course, the goal is not for him to gain all his weight back, but a little more of what he has now would be better.

For now, and after discussing it with the vet, the humans have decided to not do the biopsy because the procedure is very intrusive and heavy, especially for a 14-year-old kitty. Milou is eating about normally and the humans are hoping he can gain some weight back now.

Here are pictures of Milou taken back in 2006, in Paris: 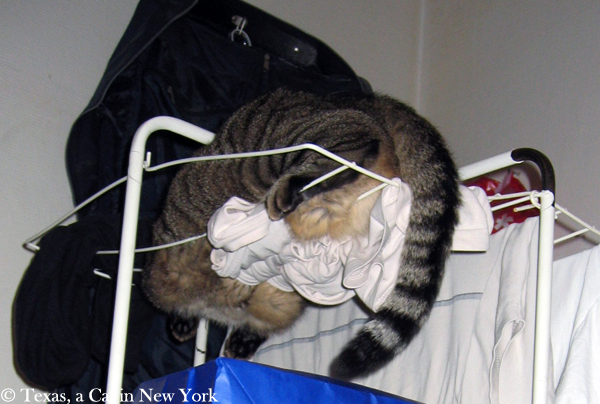 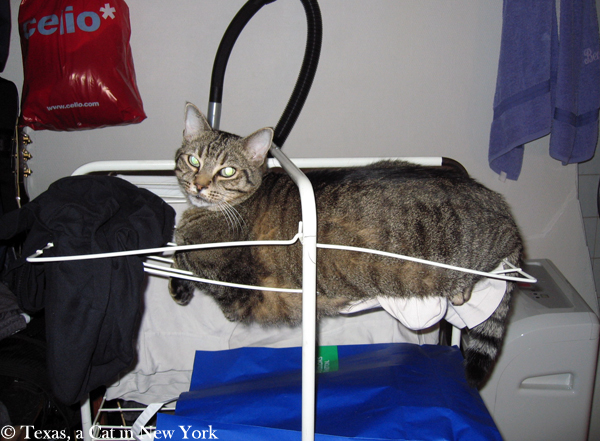 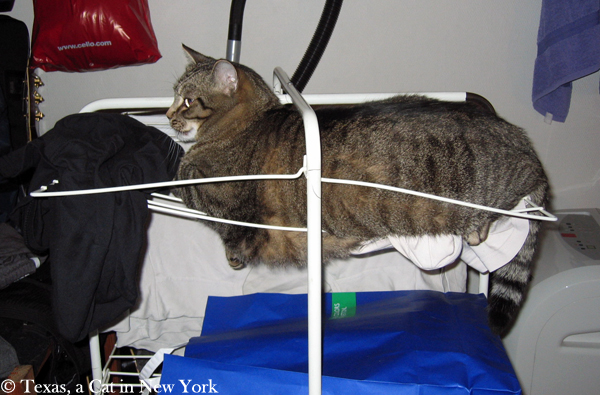 He was a little chubby, wasn’t he?

Now, of course, it was 7 years ago, but Milou lost most of his weight really recently. Here is a picture of Milou (sleeping in my bed!) my human took this morning: 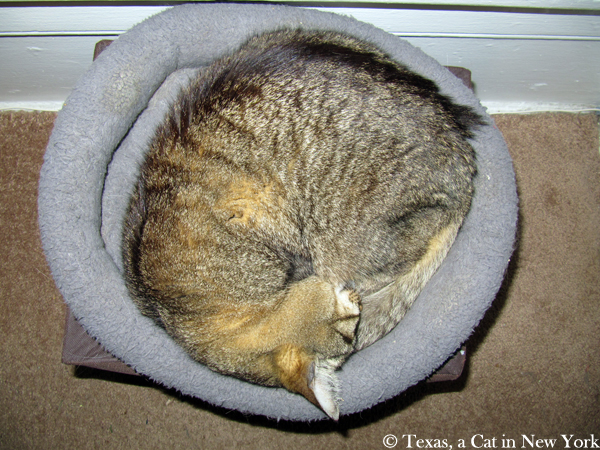 My human thinks he looks so small!

So, we are keeping an eye and some purrs for Milou. I continue to test his food to make sure it is good enough and he will want to eat it too (What?! I do this for him!).

Finally, here are two rare, peaceful pictures of the two of us, back in 2006 too (yes, it is a bit unfocused): 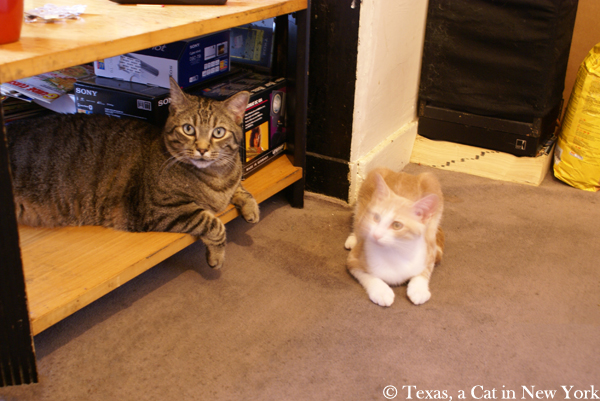 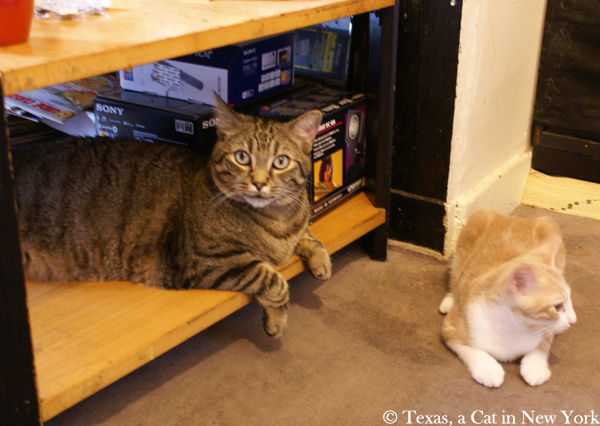 In other news, if I get to move my human’s popotin, I will have my (and her) BlogPaws review posted tomorrow. Wish me luck ;-)

44 thoughts on “Mondays Are For Memories: Featuring Milou”

Leave a Reply to The Island Cats Cancel reply