A good update on Milou: not only did the surgery go well, Milou is healing well (and defecating normally) according to the vet, so the humans were able to bring him home today. The vet thinks that since he defecated normally immediately after the surgery, there are chances that he doesn’t have a megacolon! We’re keeping our paws crossed.

The humans visited Milou yesterday at the vet and although his (but)tocks were obviously bothering him (he has quite a few stitches and has been shaved on a good part of his tocks and the base of his tail), he seemed alert and happy to see his human. 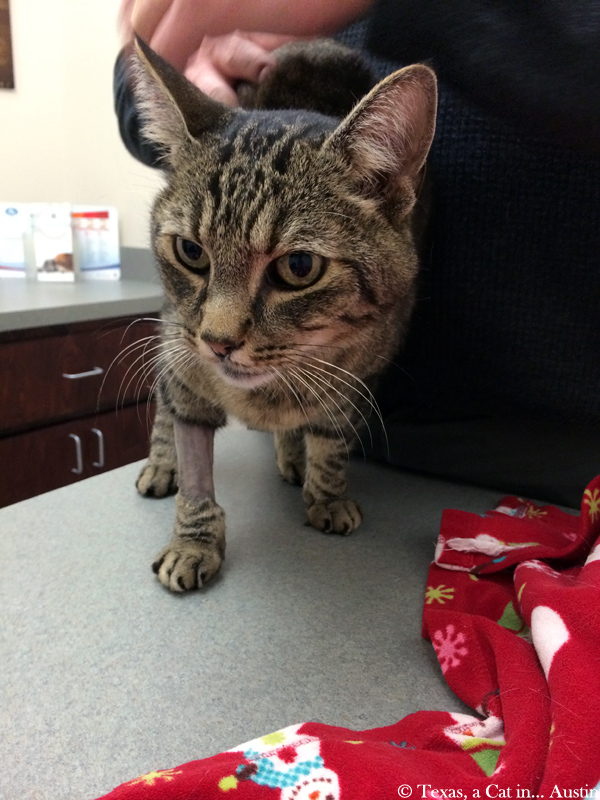 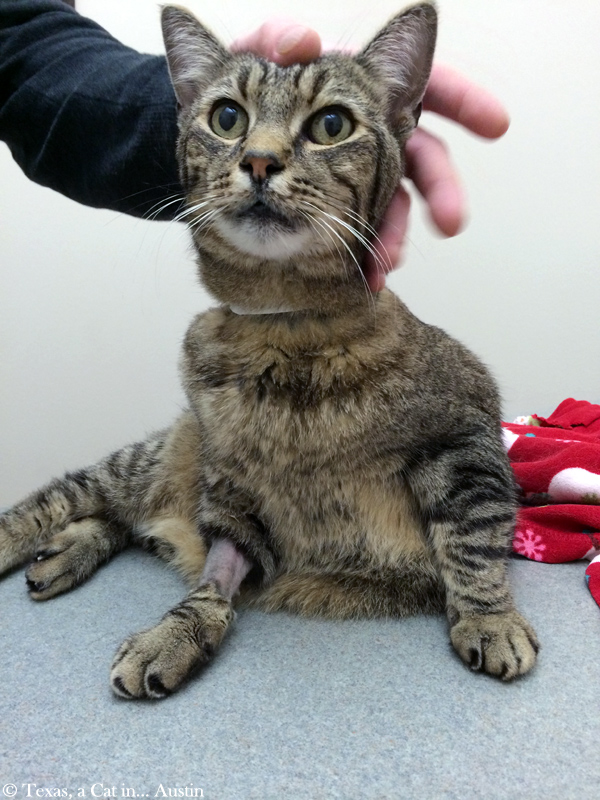 He is now back home with a cone to prevent him from licking the stitches (which he tries to do despite the cone). 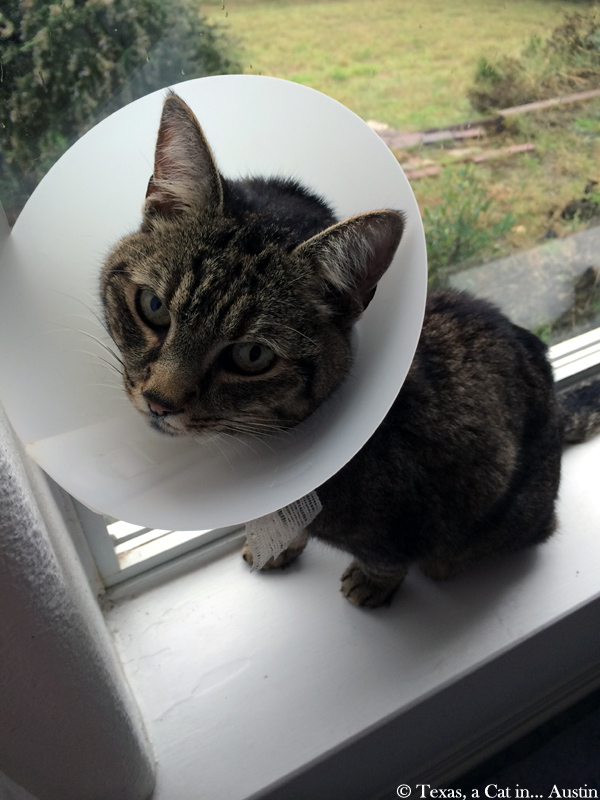 Thank you all so much for your support. Your are all so very good furriends and this is the best gift Santa Paws could send us!
Again, I apologize for not visiting (and answering to your comments) yet. My human will help me hopefully starting tonight and tomorrow.

Sending you all lots of purrs!