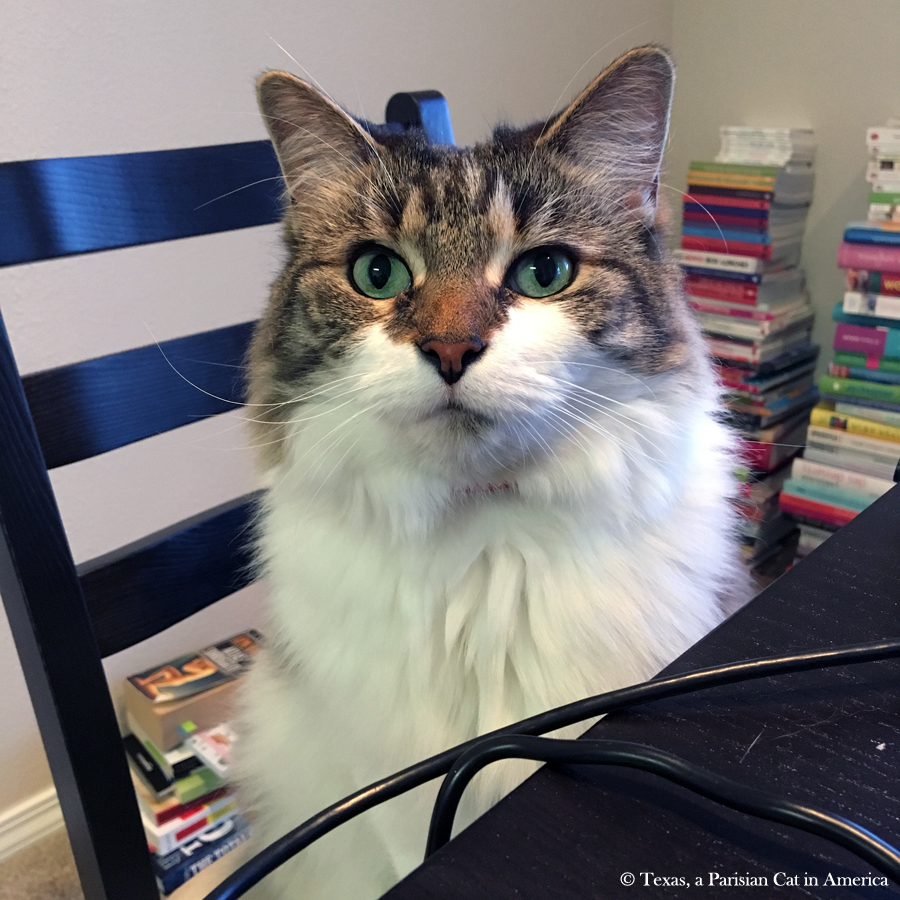 I am very excited to be taking over Texas’ blog. I want to continue his legacy and study humans–what a task!–only probably the blog is going to be a little more girlie than it used to be. I am after all a pawsome ladycat and I want to share my secrets for pawsomeness with my furriends!

So what happened the past few months? A LOT! Enough to ruffle my fluffiness! 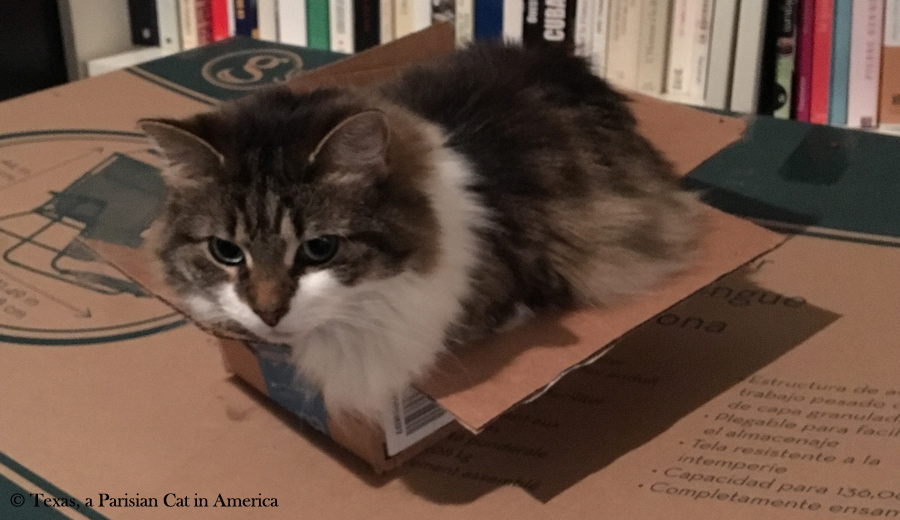 The female human and I still miss Texas furry much. It was very hard to learn to live without him. Then the humans had to let Milou go, and for a little while I was the only kitty in the house. Nobody to give me a bath! I tried to teach the humans by showing them a little on their bare skin – ew! – but they’re not as smart as we are and they didn’t get it that they had to do it to me too!

Then the humans adopted Whiskey (more in his introduction post soon). I am not sure whether the female human thought I’d think this was Texas or she thought Whiskey was close enough to Texas, but I am not stupid! After all, I am a cat! This was not Texas!

Nevertheless, Whiskey is rather nice (except when he is trying to play with my beautiful fluffy tail!) and a good companion. 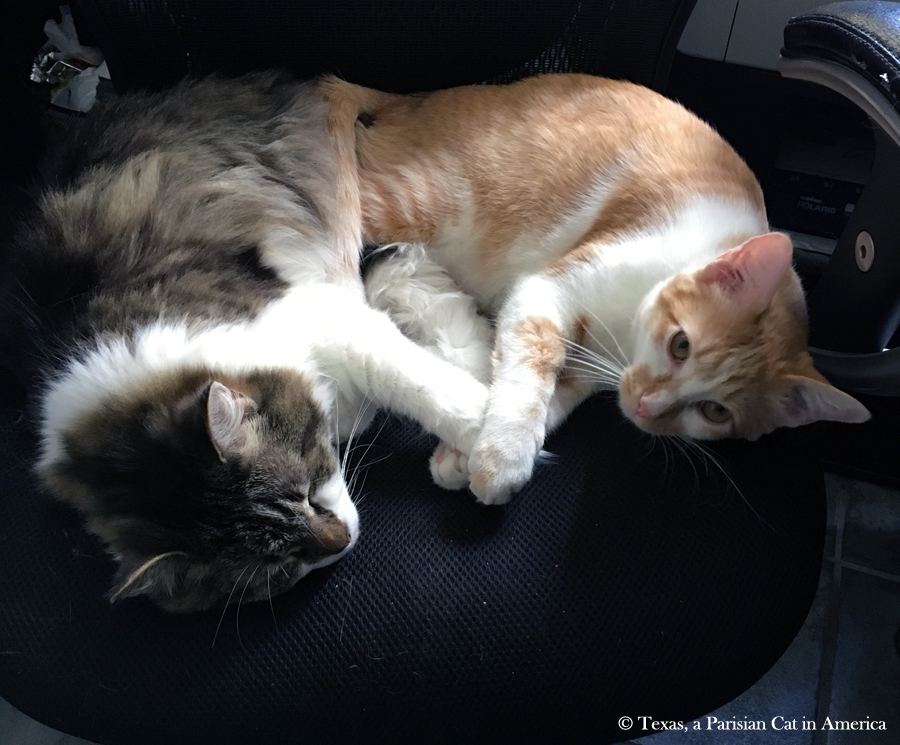 Then, it becomes a bit hazy in my mind. That’s when Texas’ expertise as a humanologist would be helpful. I remember good vibes mixed with bad vibes for a while. The female human talked about a roller coaster. What is that? I know how to make a coaster roll, but a roller coaster? Anyway, Texas had taught me that humans kissed because they sometimes try to do that to us, and I got really good at avoiding the female human when she tried to do that to me! It’s ew! But between humans it’s the same as cat headbutts apparently. So good vibes.

What I do not like at all is when humans talk very loudly and it happened too… and I swear I saw them hiss! Something close!

Now we live in a new place, which I like very much. It’s smaller than the house where we used to live, and I feel more comfortable with that size. 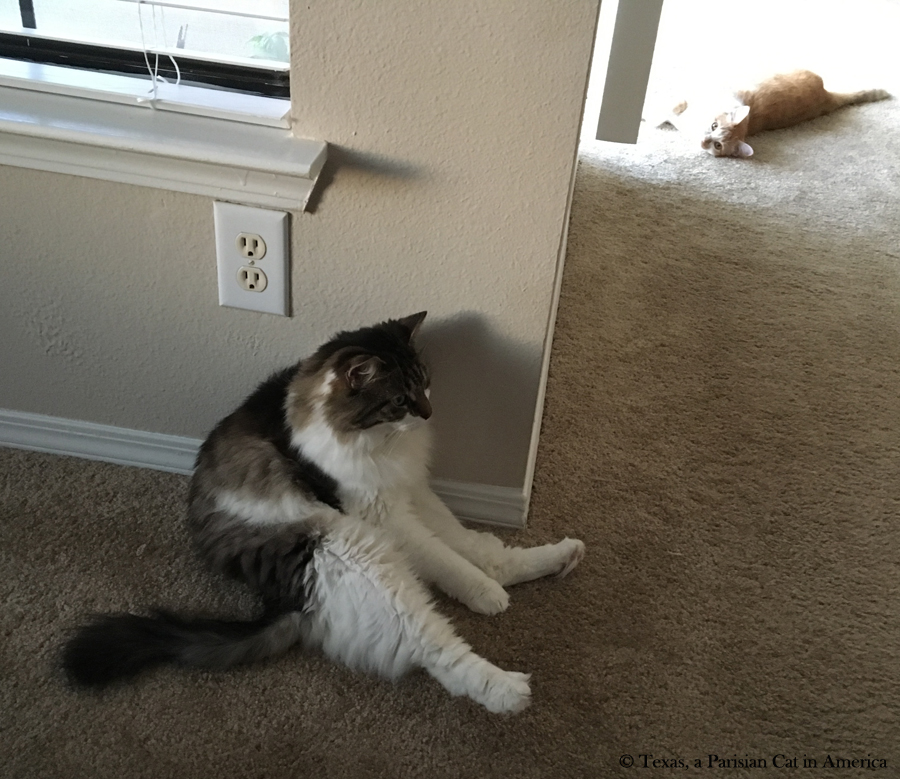 I don’t know how Texas was doing, because I don’t understand humans. And I don’t think Whiskey has a clue either! 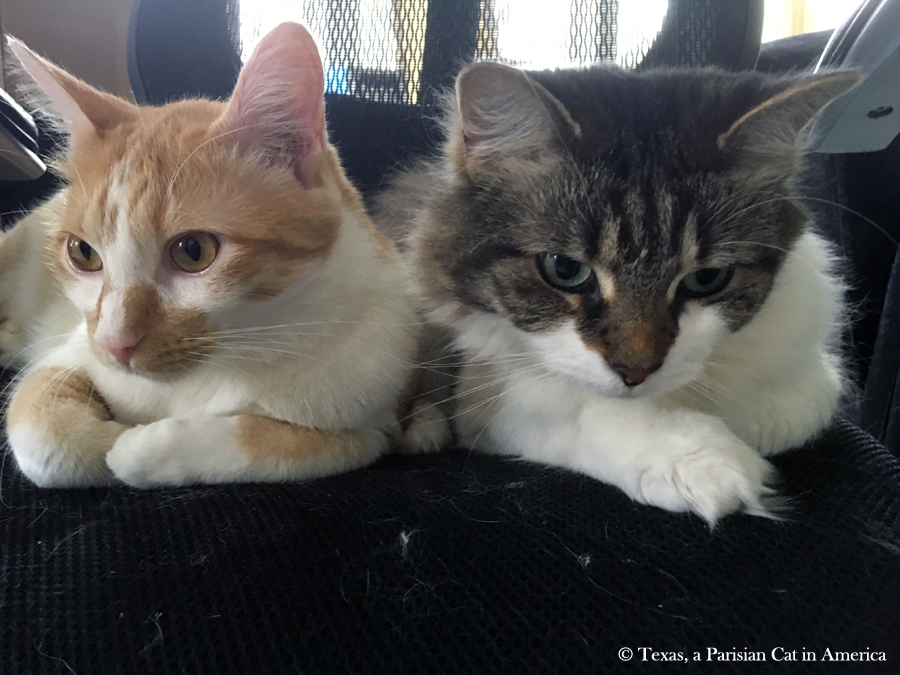 What have you all been up to? I look forward to visiting all your bloggies and making new furriends!

P.S.: Can someone tell me how to get the female human to change the color of this blog to something more girlie like… pink?

21 thoughts on “Kitshka in the House”

Leave a Reply to Marjorie at Dash Kitten Cancel reply