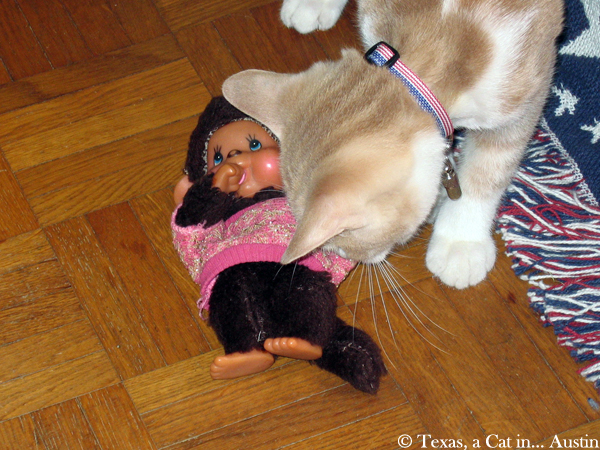 For those of you whose humans are not too young, your humans might have had a Monchhichi (in French, we pronounced it Monkeykey) monkey doll when they were kids.

My human had one and since she wasn’t playing with it anymore because, she said, she was already an adult when I adopted her, she gave it to me. It seems strange to me that she would stop playing with it because it’s a fun toy and I loved it. 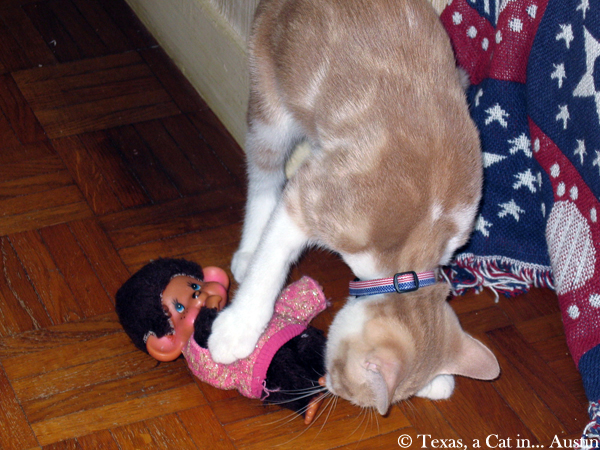 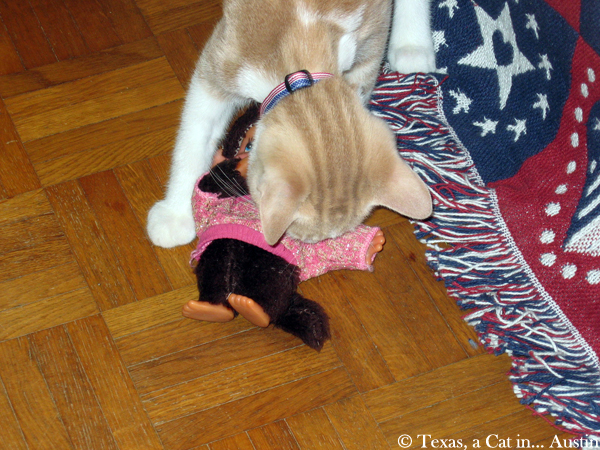 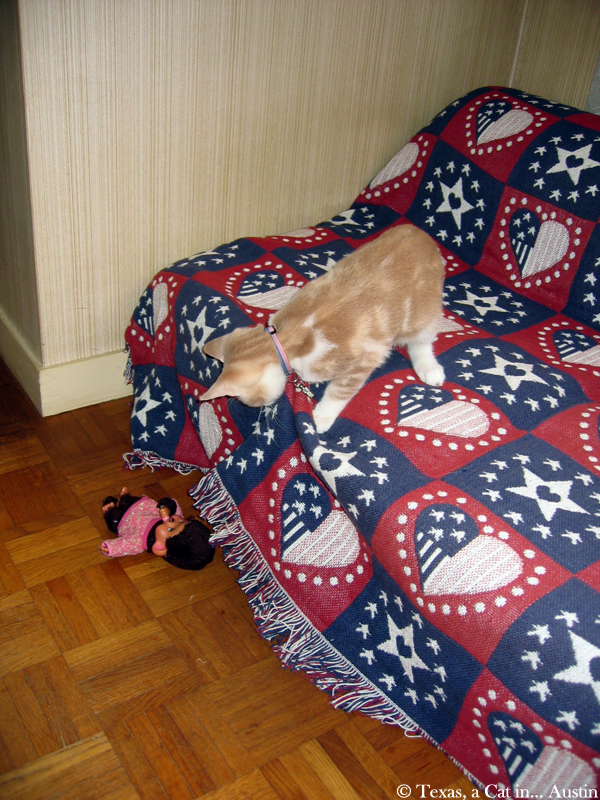 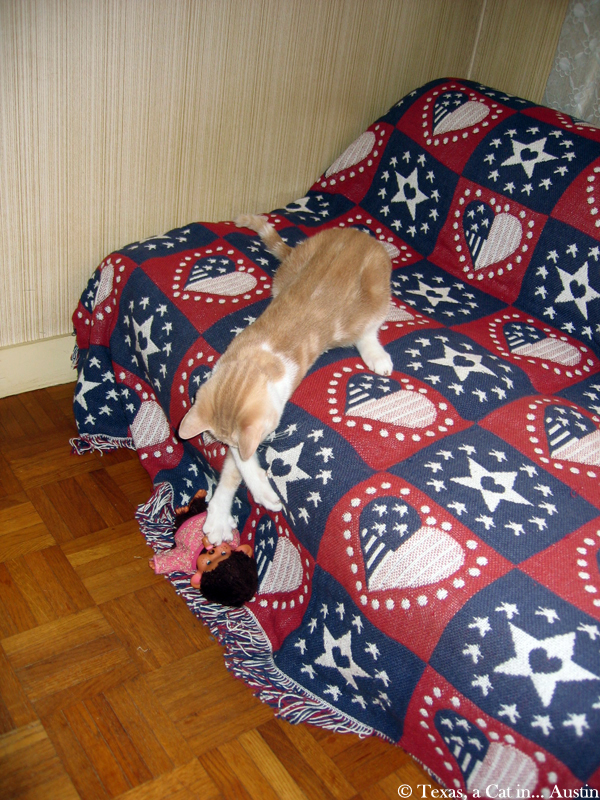 Did you or your human have a Monchhichi?