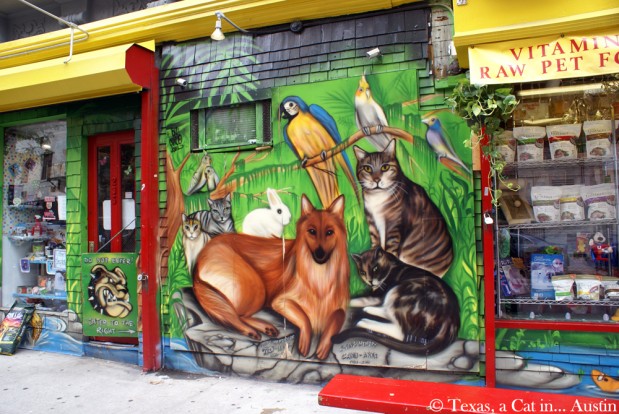 Today we are going to the East Village in New York, to a pet store, more precisely, to Whiskers Holistic Pet Care on 235 E 9th St, close to 2nd Ave. As for the other murals I posted, this one was made by Chico and features several animals. 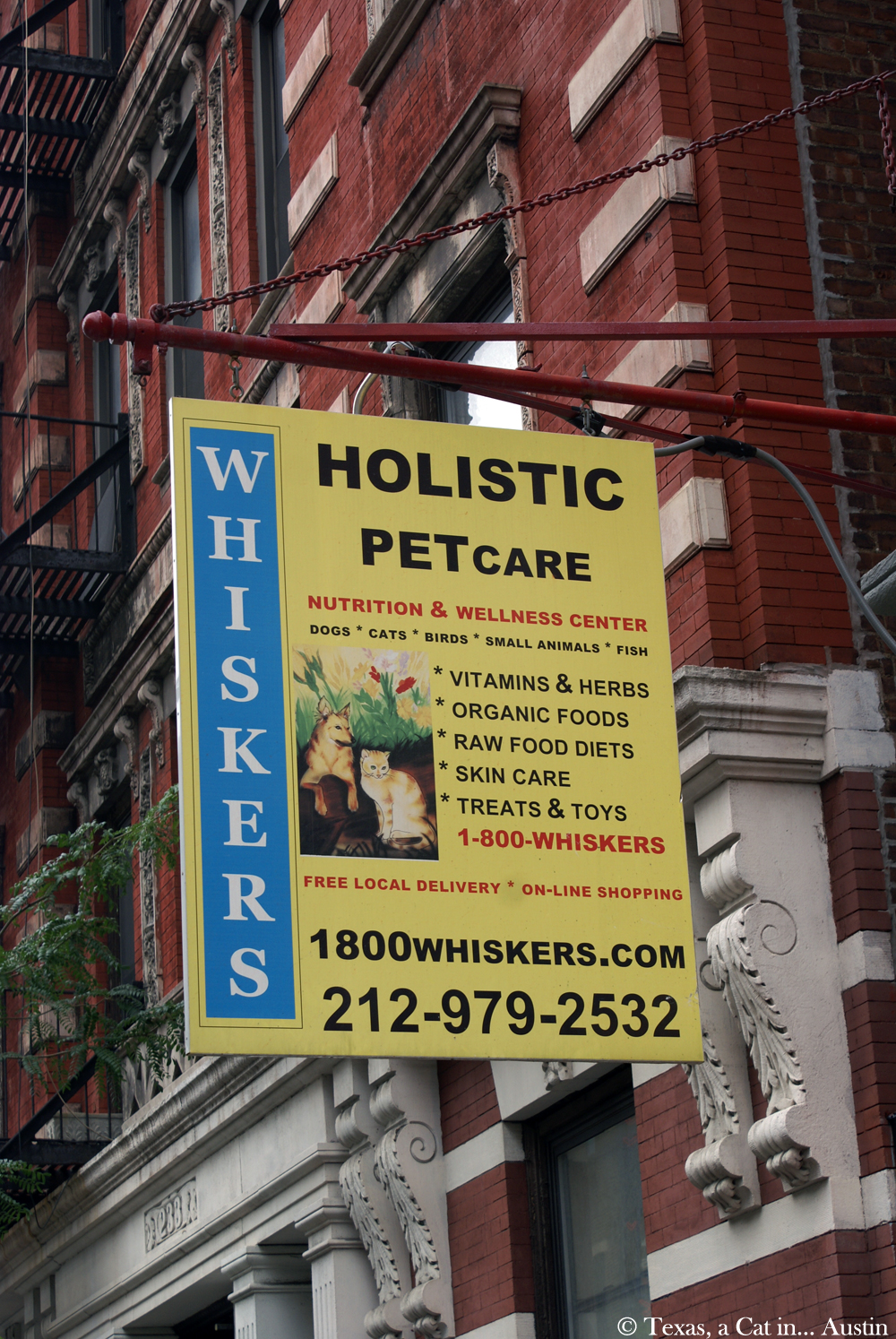 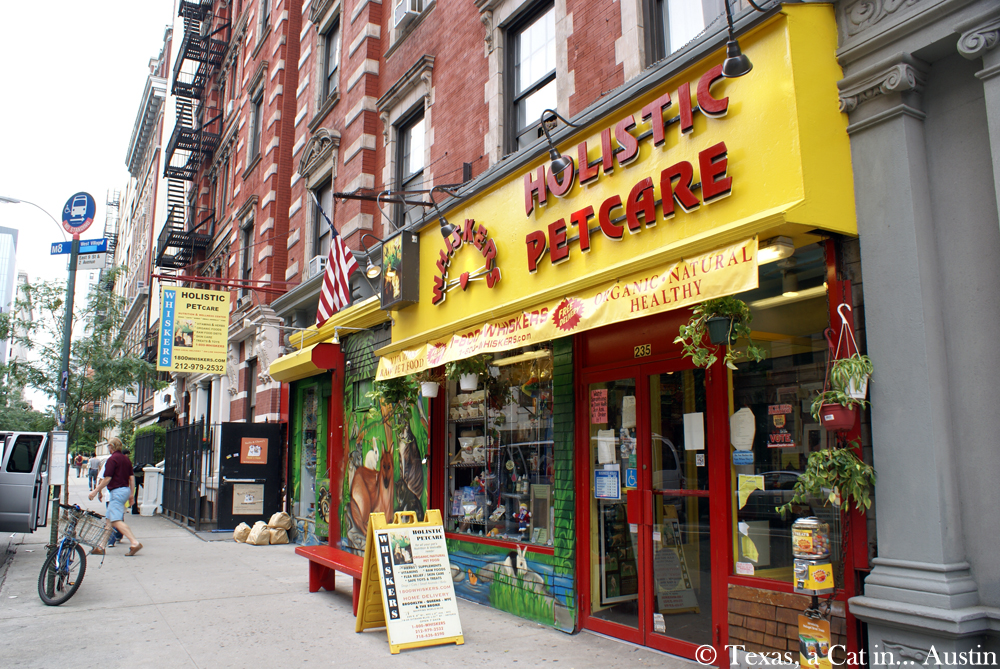 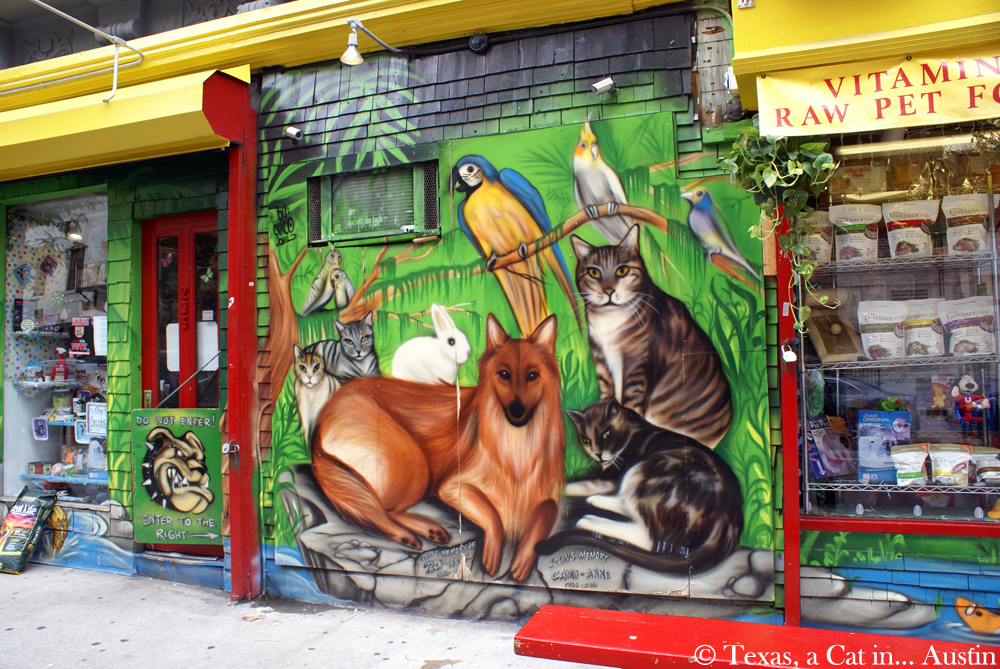 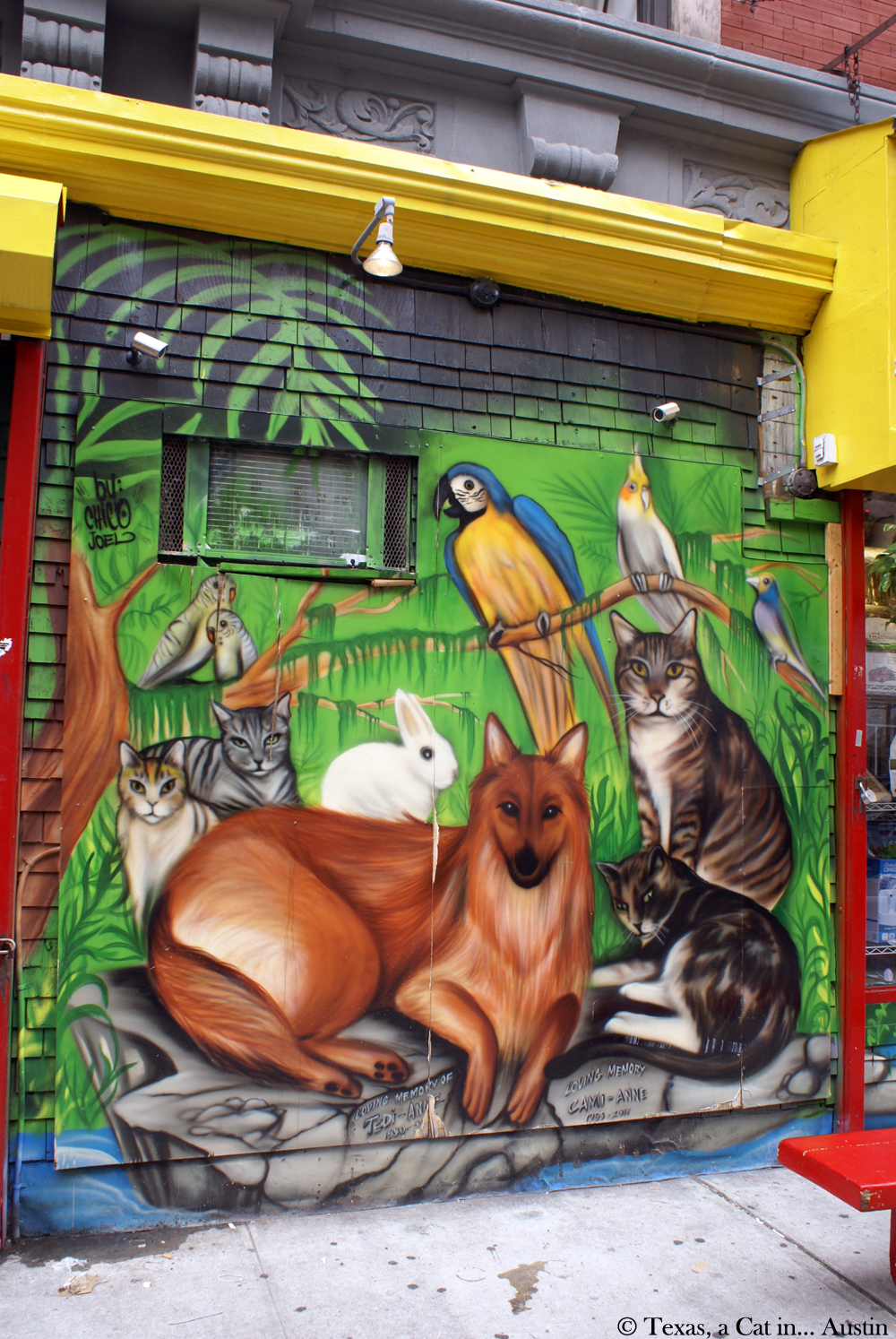 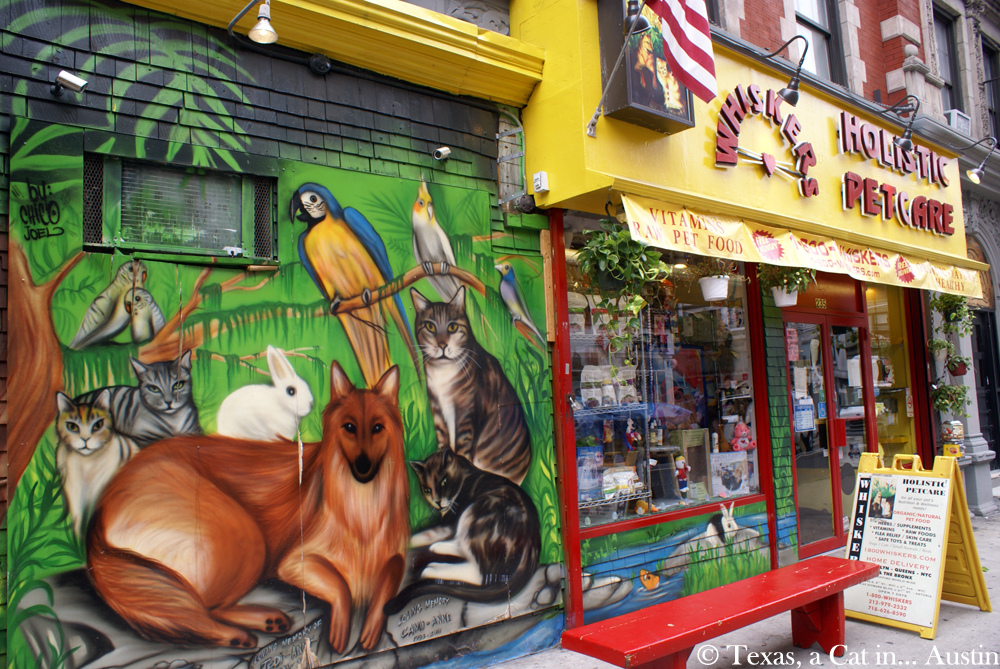 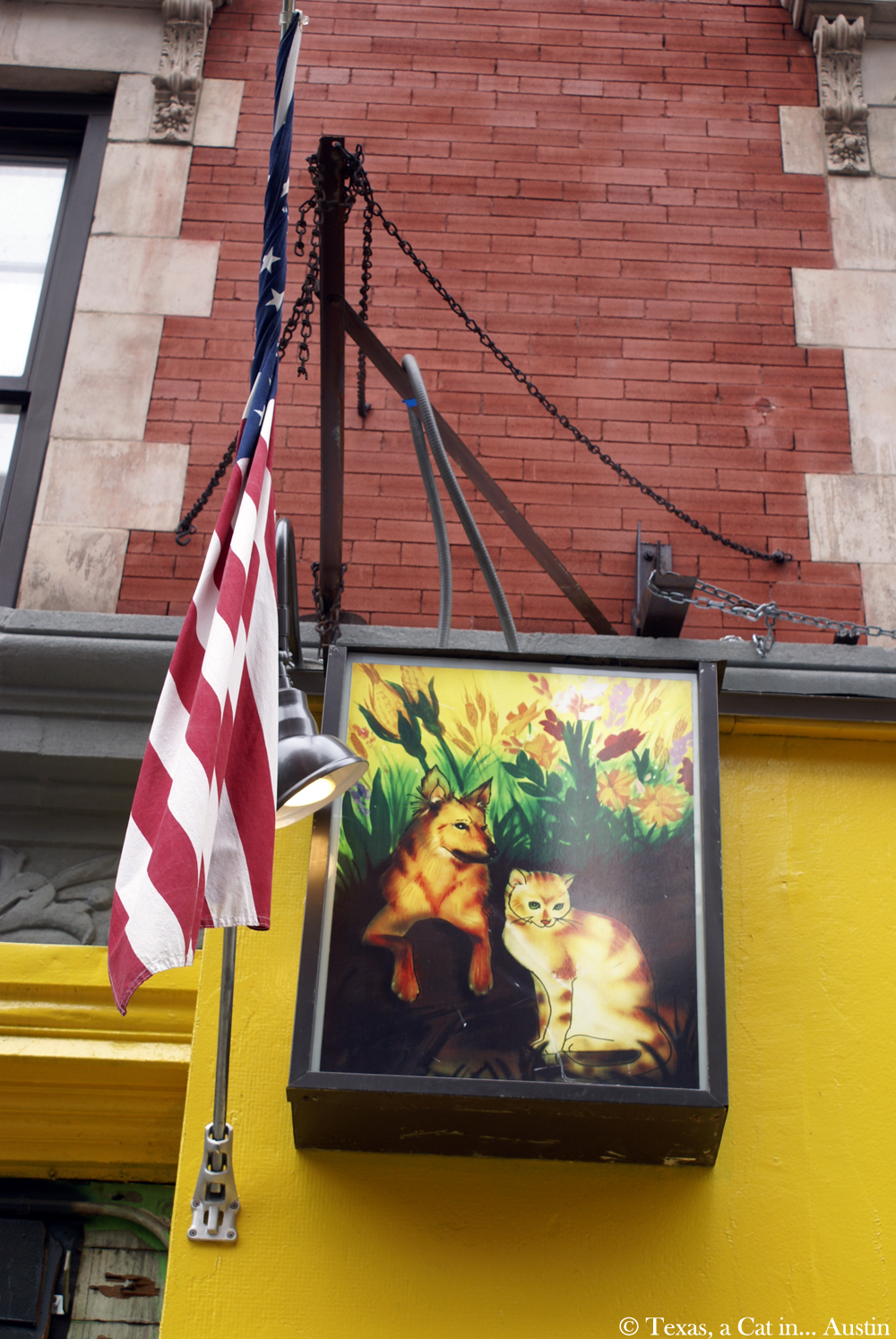 If you look closely, you will see that some of the animals have probably crossed the Rainbow Bridge, since it is written “in loving memory.” And indeed:

Phil Klein, the co-owner of Whiskers, is happy to be one of them. Mr. Klein asked Mr. Garcia to paint a small mural of the pet shop’s logo in 2008. In the years since, a crack has developed on the wall’s face, forcing the city to remove it.

Mr. Klein can recall when he first saw Mr. Garcia’s work in 1991. “I used to pass by it every day,” he said. “It started to feel familiar. Now you can’t walk three blocks and not see a Chico.”

Three years ago, Mr. Klein asked Mr. Garcia to paint a mural based on the company logo, which depicts two of Mr. Klein’s favorite former pets.

For the latest project he wants three animals depicted. “I said, ‘Hey Chico, I need my dogs and cats in there, but for everything else, just do what you want,’” Mr. Klein recalled. ”You don’t want to tell a master too much of what to do.”

Earlier this week, Mr. Garcia was hard at work on the mural. Nearby, balanced on a saw horse, rest paint-dappled photos of three of the pets Mr. Klein wants featured in the mural. Two have passed on, but the third, a cat named Rachel, is still alive.

Ain’t that a lovely mural?

On a lighter note… Look! My human saw this poster in the window and thought it was Sammy! It does look like Sammy! Is that you Sammy? 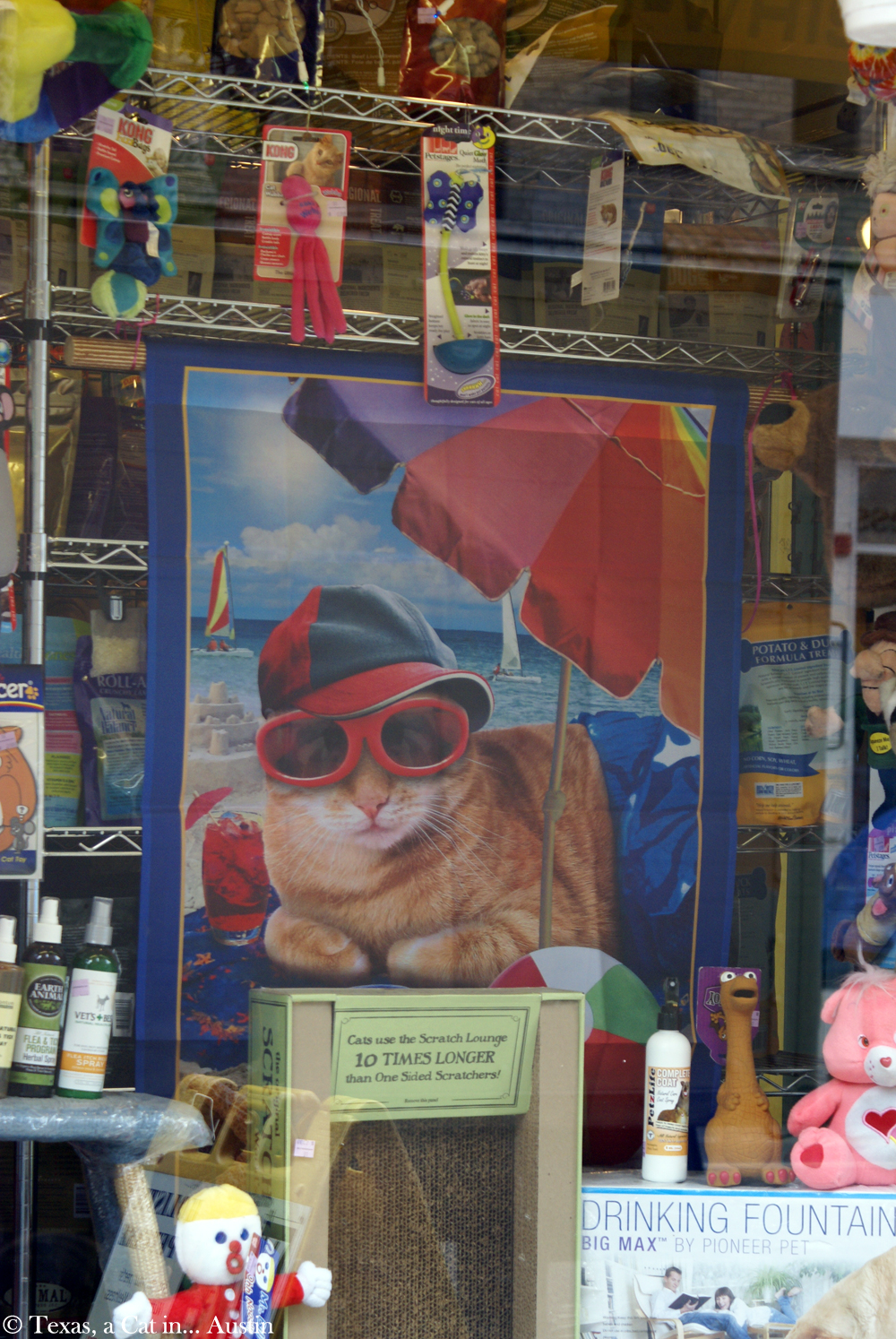