Anyway, they would visit each other during weekends and when I got to stay alone, my human’s Mom was visiting me or pet sitting me at her home. During the Christmas/New Year holidays, they usually spent one in one country and the other in the other (aren’t humans a bit complicated?)

But back in 2010, when my human was going to Brussels for Christmas, it had snowed A LOT just a couple of days before and traffic was bad and chances were my human’s Mom wouldn’t be able to come visit everyday. She had no other pet sitter. Yet she had to go to Brussels for other matters than Christmas too. She knew I’d rather stay in the comfort of my home, but she decided to take me with her because there was no way I was staying alone for a week, of course.

It was very cold outside so she put lots of blankets in my carrier and we went to Brussels together. She had upgraded her ticket to a First Class ticket so that she could easily have the room to take me on her lap all the time. There were not too many people in the train so I even got my own seat.

I hated train though. I am really calm in cars but I fought to get out of my carrier during the 1 hour and 20 minutes of our train trip. My human did her best to comfort me but I didn’t like it at all. It was noisy, moving all the time… Hated it. I know she felt bad about it but once we got out of the train it was okay.

We arrived safe and sound. And I got to visit my half-brothers who had been living with their human there for a couple of months.

The apartment was an old apartment with a lot of decorations made of wood. Also you can tell that, er, my human wasn’t living there because, er, it’s a bit messy. Plus the three of us, I have to admit, added to the mess a little.

Below, this is me behind a cat door. Because one of the rooms was not well heated, keeping the door closed was better. But the cat door made sure we could get there if we so wanted. We don’t like closed doors. 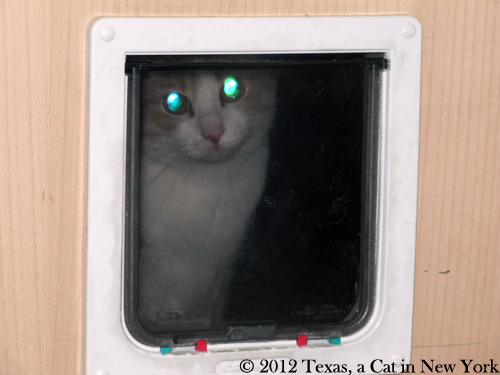 Striking a pose on an old, out-of-order chimney… 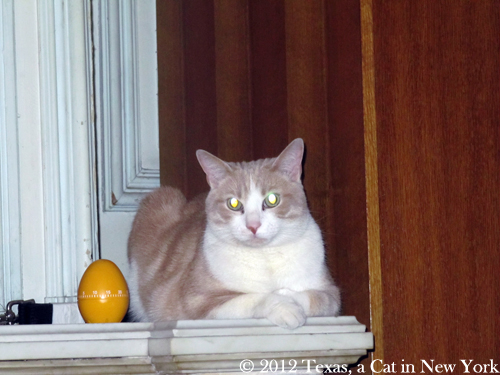 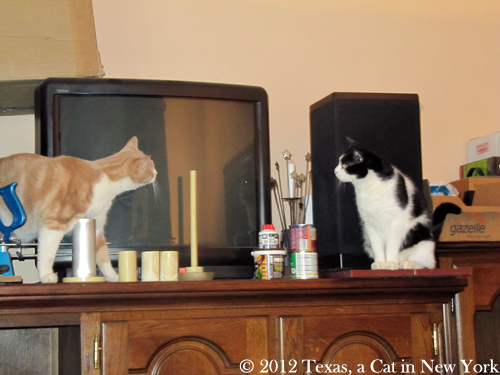 It’s tiring to be a globetrotter cat… 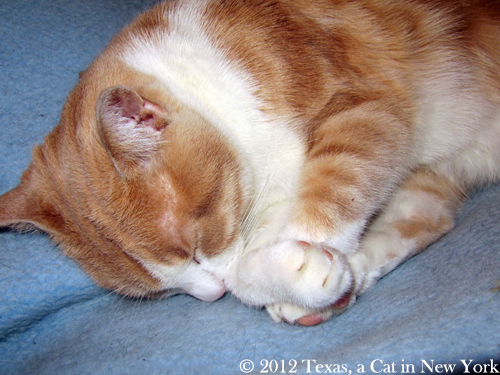 And enjoying local drinks. Yep, just the empty bottles (you should see the humans get all nostalgic now at the sight of a bottle of Serafijn Grand Cru beer…). 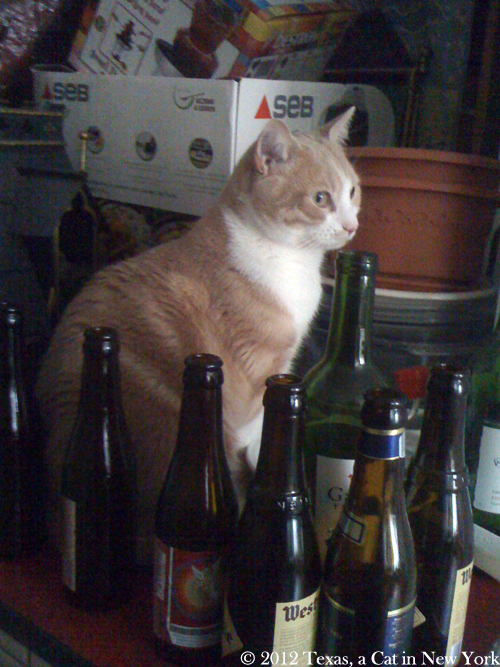 You probably expected to see me photographed with the Manneken Pis, but we never went out, it was too dangerous out there.

BUT, just for you, I asked my human to make a bit of an effort to help me for once and thanks to the magical Photoshop tool here we are! 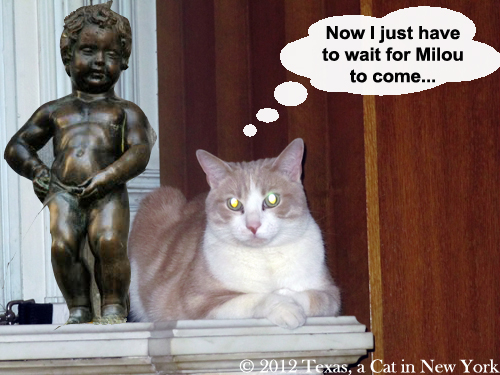 Wishing you all a great week!

Here’s a little story my human saw in the Belgian news (why on earth does she still read the news from there I don’t know) that I thought I would share with you.

Called by the tenants of an apartment in Charleroi, the firefighters had to dig holes in the walls to save a cat that was stuck in the chimney. The intervention lasted 5 and a half hours . . . .
the cat had probably fallen from the roof inside the chimney. After trying to find the animal thanks to a thermal camera, the firefighter decided to make a bigger hole [than the one the tenants had already made] in the wall.

The intervention lasted 5 and a half hour, at the end of which the cat, that was entangled in a piece of scrap iron, was taken out of the chimney safe and sound.

Again, tons of purrs to the firefighters!