I am extremely late in posting today. My human insisted on using the evil vacuum cleaner which made her lost precious time. Anyway.

I posted yesterday about Mo Cats Day, in reaction to a Facebook post that was sent our way. Some kitties posted their picture on the Facebook page, but not so many, so please don’t hesitate!

I also learned that today was Pet Memorial Day.

Below you will find two pictures of my half-brother Grouik, that we lost in July, as you probably know if you are reading my blog. You can follow the link to his special page by clicking on the pictures.

We miss you lots Grouik. I think Milou is a little lost without you. But we have a new little sister. Milou is a bit grumpier, as you would guess, but he’s getting used to her. I think you would have liked little Kitshka. 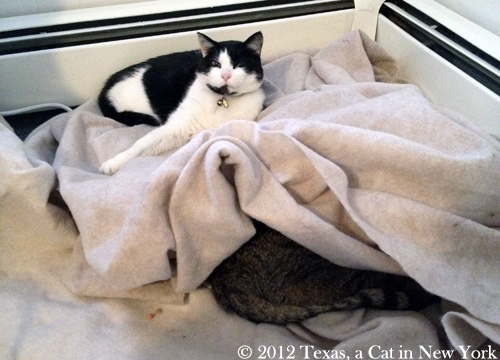 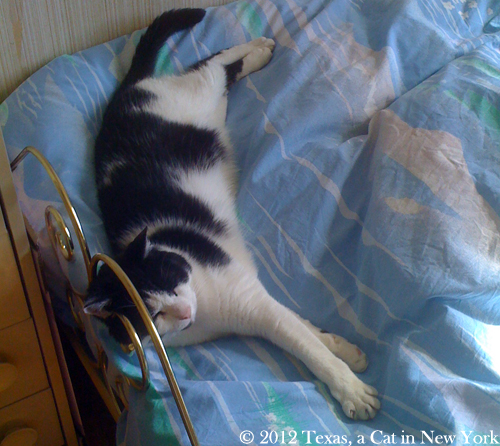 I also happen to think that Mo Cats Day is a great way to honor Grouik actually. I think he would have liked to have a confirmation that we do rule the world (and the Internet for that matter). He sure ruled his human’s heart and life.

Many purrs to all.

I did not intend to post today. I wanted to visit your blogs since I am about at least 500 posts late (that’s what gmail is telling me and my human almost fell from her chair when she opened my mailbox today).

But we received an email from my human furriend Janina, telling us that one of her human furriends had posted something on Facebook saying that today, there should be a moratorium on cats on Facebook because there were too many rats out there and instead of striking the pose for Facebook pictures we should go out and hunt rats.

We, kitties, have recently been the target of a dirty smear campaign (I won’t post links to the smear campaign articles, you all saw one or two, but instead I want to link to a post from Cat Wisdom 101 that sums up pretty well what I think: here).

Also, I had heard of this cat-free day on the Internet stuff when it first came up. I had liked the reaction of the cat blogosphere. I didn’t intend to do anything special today, except keep on posting as usual because at my home, it is cat-day everyday!

I know my furriend’s furriend’s post on Facebook was meant as a joke. Still, I was a bit shocked to read some of the comments.

Peeps: if you don’t like cat pics, just don’t go watch cat pics on the Internet! You can hide the profiles that post cat pics from your news feed. But don’t ask for a moratorium or worse. Really, I’m telling you, some humans are strange.

We, kitties, just ignore humans or stuff we don’t like. We don’t campaign to have them forbidden.

We kitties are free spirits. So I refuse we be silenced in any way. No one is forced to visit the page. But this page will exist for those who want to visit it.

If you like the idea, I invite you to visit the page, like it if you like to see cat pics and want to see more, and post a picture of yourself (that’s for kitties) or of your kitty furriend (that’s for humans) on this page.

What do you think, kitties? I say let’s purr in harmony to show the world that kitties rule! 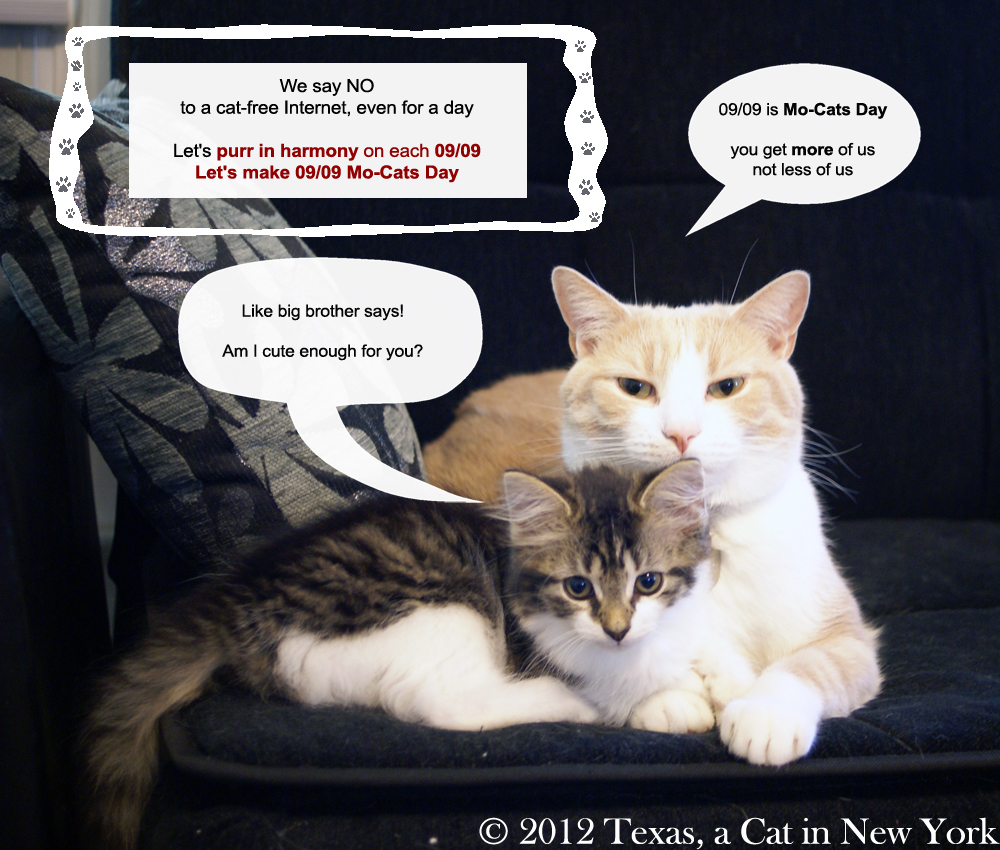